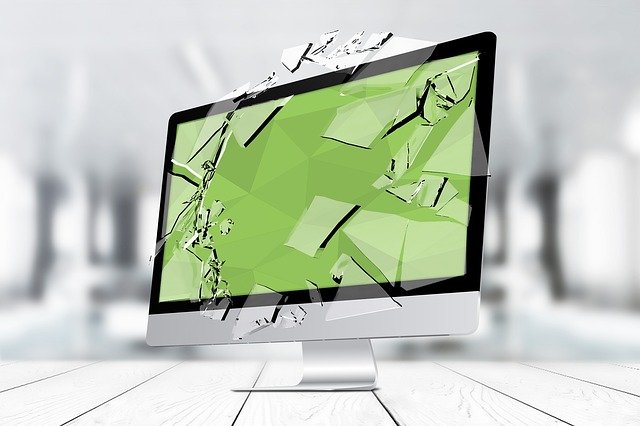 We can use our computers more effectively if we have enough memory and processing power. The Ntoskrnl.Exe system file has been linked to memory leaks, high RAM usage, and CPU overutilization by a number of users. The BSOD issue, often known as the blue screen of death, is produced by memory dumps in extreme cases.

What Is Ntoskrnl.Exe and What Is It Used For

You’ve probably wondered how Windows 10 manages all our processes, especially those involving memory so well. It’s all down to Windows’ memory handler. For example, Ntoskrnl.Exe supplies the kernel and executive layers of the Windows NT operating system kernel space, and is directly responsible for many system services such as virtualization of hardware as well as the control of process and memory allocations.

Cache manager, executive, scheduler, kernel, security reference monitor, and memory manager are all components of the memory management system. Ntoskrnl.Exe is a highly protected file, which means that it is nearly impossible to corrupt or delete this file.

The decode and fetch approach is the only way for memory management to work. As part of this process, you’ll need to load a job into RAM, along with the software necessary to carry it out. The CPU now decodes and executes the task, saving the output in RAM, which the loaded software later saves to disc for storage.

Knowing which devices will be able to access the execution portion of the task is critical to its success. As a result, the program, along with the processed data and even data in process mode, is unloaded from memory in order to make room for other tasks.

Is there a reason why Ntoskrnl.Exe is consuming a lot of memory, disc space, and CPU

Why does Ntoskrnl.Exe have such a negative impact on the memory and CPU? This is a typical question among peers. Some of the most serious memory leaks are caused by malware or hardware.

Microsoft made a statement following the release of Windows 10 Build 10525, which can be summarised as follows:

In Windows 10, we’ve introduced a new concept called a compression store, which is an in-memory collection of compressed data.

Memory Manager may compress unused pages rather than write them to disc if it detects memory strain.

Windows 10 is able to run more apps in physical memory at once because it minimises the amount of memory consumed by each method. Additionally, it aids in enhancing Windows ten’s responsiveness. The compression store is part of the operating system for the System process.

If memory is made available for other processes, the system’s operational set expands as a result of the store being held in memory. As a result of this, the System method appears to be consuming more memory than in prior versions.

Windows 10 has been designed to utilise a lot of memory, yet it can be misconstrued for a memory leak at times. Memory is sacrificed in the name of speed in Windows 10. Windows was influenced by the Linux operating system and decided to compress RAM pages instead of writing them directly to the HDD.

Because reading compressed data from RAM is far more efficient than reading it from the HDD and then loading it into RAM, this will certainly result in a quicker system. CPU use rises as more applications are opened because more memory is required for each.

Device drivers are an important element of the process since Ntoskrnl.Exe handles the data transfer through them while dealing with different devices. The data provided is corresponded to the random-access memory to complete the execution of instruction from there itself.

It is possible for corrupt drivers to deliver data quickly and without delay, resulting in memory leaks. Whenever the random-access memory prompts the central processing unit to handle all of the data, the central processing unit handles it all. It is possible for a faulty driver to immediately fill your RAM or take up space in your system file Nroskrnl.Exe, which means that your disc space will fill up quickly. The obsolete “Killer Network Drivers” has been found to be a cause of memory leaks in Windows 10.

It’s easy to find malicious software and freebies on the Internet. Malware and viruses frequently insert themselves into system files with the express purpose of compromising the system’s functionality and, as a result, causing malfunctioning services. Memory leaks and even registry corruption can occur when even highly protected system files like Ntoskrnl.Exe are tampered with. An error in this system file can cause all of the data in the RAM to be streamed into the RAM and not released, causing the HDD to appear full.

System files go into panic mode when they are attacked in this way and start dumping Windows data in order to preserve a reasonable amount of memory, which is the fundamental cause of BSOD or widely known as a blue screen problem. To avoid frying the computer’s hardware, it can also lead to overheating and shutting down the computer without notice.

The Ntoskrnl.Exe system file is corrupt.

Ntoskrnl.Exe seldom becomes corrupt, but when it does, it may be a real pain because it doesn’t know what to store in RAM or when to free up RAM space, which can lead to all sorts of problems. In most cases, this results in an overabundance of data and memory pages, making the CPU work harder to keep track of them, which is why your HDD may appear to be full when it is not.

In Windows 10, how can I get rid of Ntoskrnl.Exe high CPU and disc usage

It is possible that malware is to blame for the memory leaks and CPU spikes you’ve been experiencing. The Ntoskrnl.Exe process is using up too much memory space, thus here are some remedies for this problem.

Graphics and network drivers are more likely to blame for memory leaks that occur after a Windows upgrade. Every defective system appears to have “Killer Network Drivers.” The following is a step-by-step instruction for updating your drivers:

Step 1: The first step is to open Run using the Windows + R shortcut.

Step 2: Go to “Drivers” and select “Update Drivers” as the second step. Make sure to select the “automatic” option when searching for and installing new drivers.

Step 3: Restart your Windows operating system to complete the procedure.

You should run an anti-malware scan on your computer. Another viable alternative is to use third-party software.

Step 1: Install Spybot or Malwarebytes as your initial step.

Step 2: The next step is to install the software and run a full system scan. Fix all of the problems that have been identified.

For optimal efficiency, Windows offers us with a workaround for adjusting some registry settings. The simplest approach to make changes is to:

Step 1: Press “Windows+R” to get started. In order to launch the “Run” application, use this command.

A “Clear Page File Shutdown” registry entry should then be selected in Step 3. Select “OK” after changing the “Value Data” to “1.”

Step 4: Restart your computer to complete the process.

Runtime Broker is disabled in this method.

A poorly optimised system process is a runtime broker. High CPU use and memory leakage are common side effects of its use. One of the few options for resolving this issue is to disable Runtime Broker.

Step 1: To begin, press Windows + S to open the Start Menu. After that, go to the Settings menu of your mobile device.

Step 2: Next, pick System and then Notifications and Actions from the drop-down menu.. Remove the checkmarks next to “Show me helpful hints about Windows” and “Get helpful hints and ideas while you use Windows.”

It’s also possible to use a different approach:

Step 1: Notepad is the first place you’ll want to start.

Version 5.00 of the Windows Registry Editor

Step 3: Select File > Save As from the menu bar. Finally, save it as any name.reg and you’re done!

Run this file as an administrator in the fourth step. Now that you’ve followed the registry adjustments, you’re all set.

Finally, restart your operating system to complete the process.

Windows 10’s Ntoskrnl.Exe programme is a critical feature of the OS. We need to be diligent and constantly have our antivirus and security systems up to date. If we can’t safeguard a system file as well as this one, we should proceed with caution when downloading anything from the Internet.